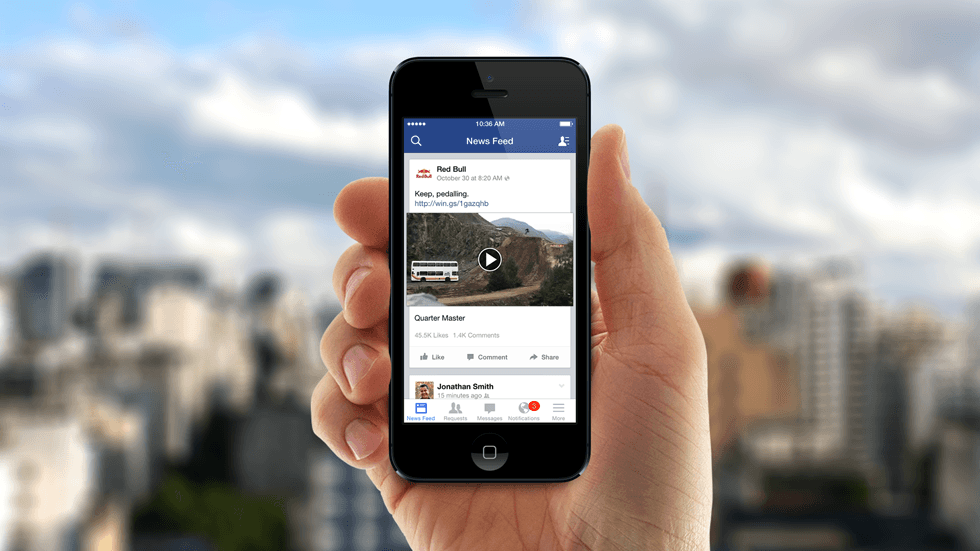 It says a rival is launched or in other word “Born”, after launching the first Watch video in USA. Facebook have now official launched the watch video service worldwide. Some technology experts and features name this video service an alternate to the Google’s YouTube service. Some say that it is an option for worldwide creator to YouTube.

Facebook official said on the formal launching of their watch video service worldwide, “Today we’re making Facebook Watch available everywhere — giving people around the world a new way to discover great videos and interact with friends, creators and other fans.”

Facebook official said at the launch that over 50 million viewers have watched at least for one minute the shows of the “Red Table Talk with Jada Pinkett Smith”, or to attractiveness mogul Huda Kattan’s behind-the-scenes of the shows “Huda Boss”, and to live “Major League Baseball games”, and the total number of watched videos at “Watch” increased by 14X, which encouraged the Facebook to make this service available everywhere for everyone.

According to Facebook that the “Watch” service or feature is set to discover new videos, including entertainment, favorite shows, News, Sports, Entertainment and much more in your personalized Watch feed. While the features which Facebook reveals that Watch service will help to interact with your favorite creator and publisher. At top you would have your Watch list, recent videos collection from the pages which you are following, so you make it more customizable by adding more pages or by removing the unwanted pages. A home for your saved videos: If you see a video in News Feed but don’t have time to watch it right away, you can save it to watch later in Watch.

After US, this social media network is creating 4 creators in countries like United Kingdom, Ireland, Australia and New Zealand with ‘Ad-break’. In order to get revenue or giving profit to the business, according to Facebook, Ad breaks at present contain both mid-roll and pre-roll formats as well as image ads directly below the video and whenever it will be shown, the creator or the publisher will earn money, with ratio of 55% to creator and 45% to Facebook. So, sharer can earn a revenue.

Other than this there is liberty that the creators or publishers can apply the “ads auto-insertion feature”, so that Facebook automatically place it according to the best placement. On the other hand, they can themselves select the proper placement of add on video according to their own choice. The criteria for Ad-break is that video must be more than 3 minutes, with more than 30,000 viewers watched the video more than a minute in last two months or the creator or publisher must have 10,000 followers. Besides the ‘Ad-Break countries Facebook announced to launch in further in 21 countries in next month, including Argentina, Belgium, France, Spain, Sweden, Germany, Chili, Portugal, Mexico and other countries with content not only in English but also in other local languages as well to attract more and more viewers worldwide.

The press release says that, Facebook at Creator Studio Globally, by providing a platform in order to manage the whole video content and with our mission to provide the tools so that they can build their business on Facebook. We also want to make a simpler way for creators and publisher to maintain and manage their video content, coming more closer to the fans, and have record content performance across the pages they are managing. Facebook management shows intent to invest or spend more than 2 billion dollars to the content for Watch. They said that we have worked on two main areas in order to support the publishers and creators worldwide, one with helping them to earn revenue for their videos on Facebook and secondly to help them understanding better how their content is performing with Creator Studio at Facebook.