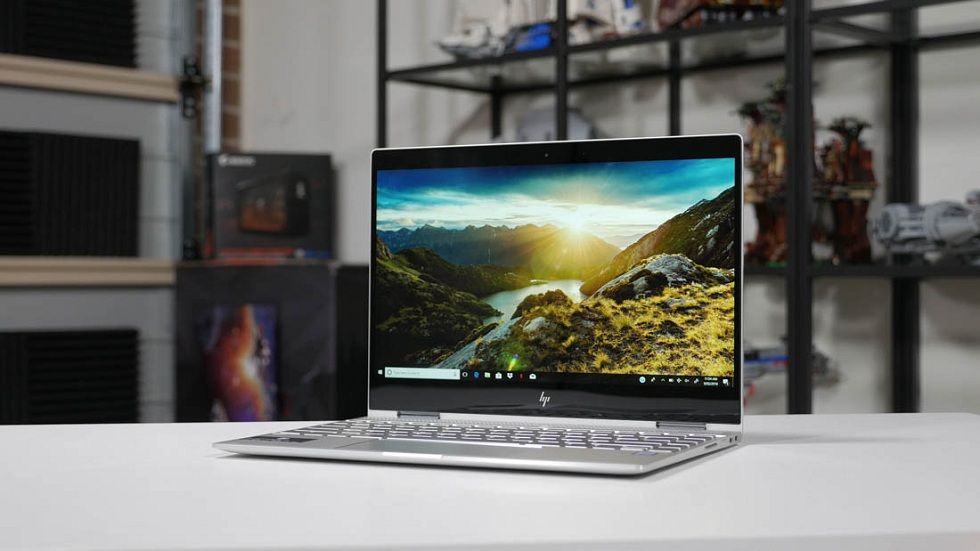 OLED is finally coming to laptops. Well, some at least. There’s been a lot of talk about the advanced display tech but only one laptop actually had it available HP Spectre x360. The 2-in-1 is a great choice to be one of the first devices of 2019 to implement OLED. It’s already a fast, capable workhorse and now it has a display to match.

HP has snuck ports into some unusual locations. A USB-C/Thunderbolt 3 can be found on one corner and a power button on the other. Other than these options, it has an additional USB-C port for power, USB-A, and an HDMI port for video.

This is one seriously bright laptop, as plenty of PC manufacturers have pointed out, a laptop is where most people watch movies and television. The Spectre x360 15 supports your Netflix binge with a 4K, HDR, OLED panel. That’s a lot of acronyms, but it represents the best combination of display tech currently available. And on the Spectre x360 15, it looks fantastic. The contrast ratio is awesome. Every aspect of image quality is enhanced by the AMOLED display, which is built by Samsung. The difference is noticeable, especially sitting on the table next to the LCD version.

HP says that the display will support HDR, but does not specify whether it means HDR10 or Dolby Vision spec. The company also isn’t disclosing the resolution of the screen it plans to use, so it remains to be seen whether it has managed to procure an Ultra-HD (3840×2160) panel, had to stick to a QHD (2560×1440) one, or used something more custom.

The Spectre x360 15 comes with a quad-core Whiskey Lake Core i7 processor. It also comes with up to 16GB of RAM, up to 512GB of SSD storage, and an Nvidia MX150. While that’s not the most powerful graphics card in the world, it should provide a bit more muscle for any kind of content creation or video rendering. 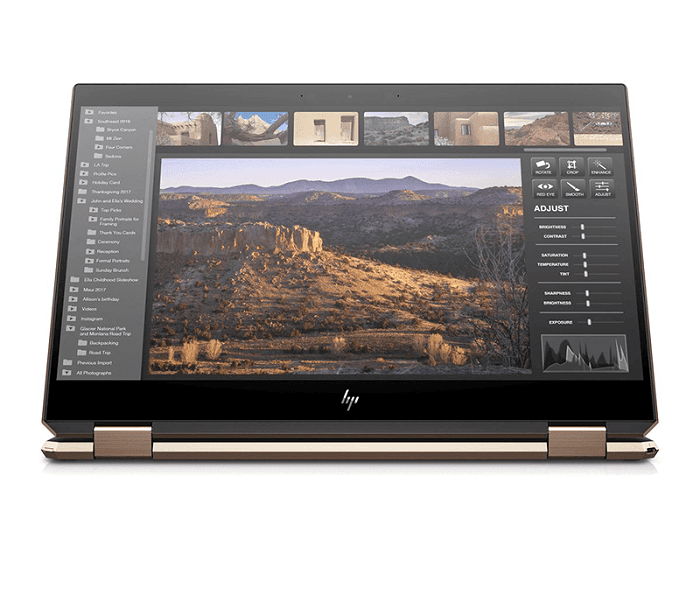 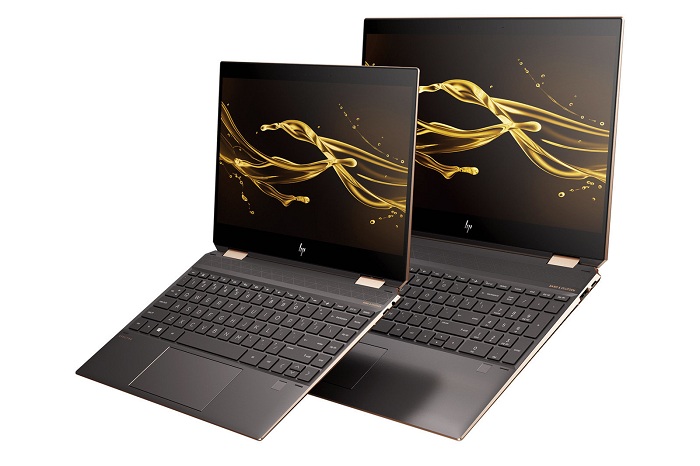