Every Thing You Need to Know About Blackmagic AETM Mini 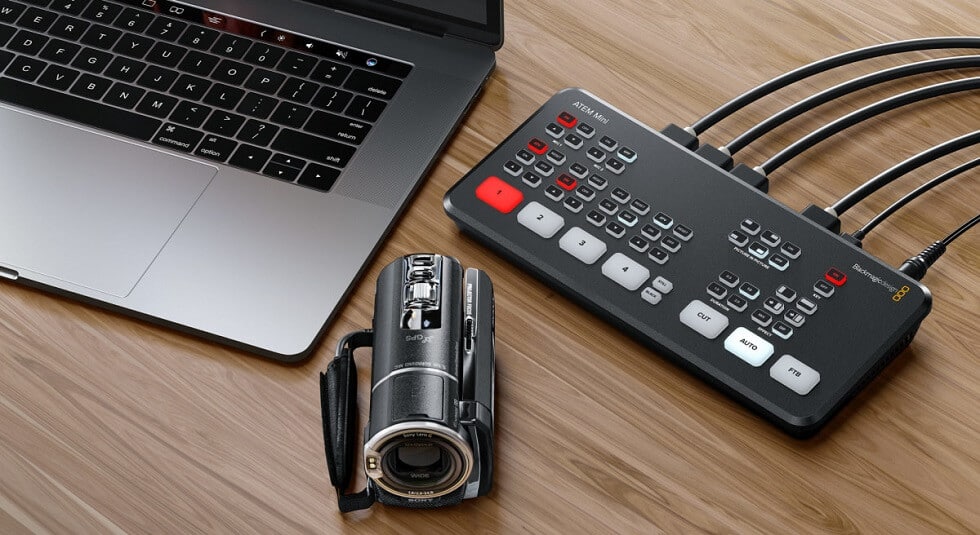 We often think about a multi-camera switcher to improve our production values whenever we live-stream on YouTube or Twitch. The only big issue we face to manage all this while doing picture-in-picture and other effects is the cost that may reach up to grand. Blackmagic AETM Mini is the best solution and in this article, we bring the complete review of this amazing gadget.

Blackmagic ATEM Mini is a four-input switcher that can control transitions, picture-in-picture, pro-level audio control and more for just $295 (€289).

The ATEM Mini is a console just 9.5 inches wide by 1.4 inches high by 4 inches deep, so it’s petite and safe enough to hold on a table. It looks perfectly built, but it’s apparently not strong enough to take on challenging outdoor situations. The buttons (all 59 of them) light up in various colors and produce a delicate texture, needing just the precise amount of force to activate. 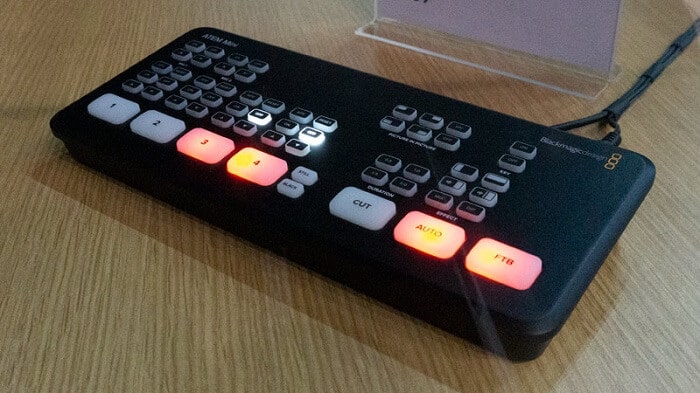 On the rear, there are four HDMI video inputs for sources like PCs and camcorders, along with two 3.5mm microphone inputs. An HDMI output allows you to pin up a monitor, and you can command the ATEM Mini with a PC via a USB-C port. That USB-C port doubles as a webcam output, so you can directly stream video to OBS Studio or a related live-streaming app. The ATEM Mini can output up to 1080p60 video, but not 4K, but that’s not a big upset for most live streamers. 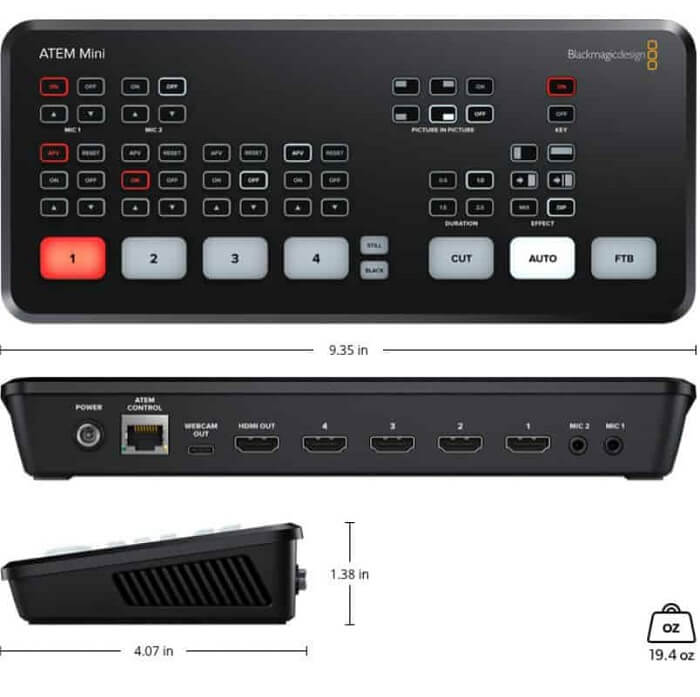 The power cable has a screw-lock connector so you can’t remove it out by mistake. It also has an Ethernet port for customized remote control devices, so you can operate it from different locations.

On the face, at the bottom left, four large buttons allow you to choose which video source to take live. Above those are buttons to adjust audio on and off or change the levels. At the top control to turn the microphones on/off and set the levels.

The effects controls, meantime, live on the right-hand part of the console. At the top, you can choose several picture-in-picture effects along with chroma and other kinds of keying. Below are the controls for transitions (wipes, push wipes, dissolves, and dips). At the bottom right, you can decide to cut, dissolve or fade to black. 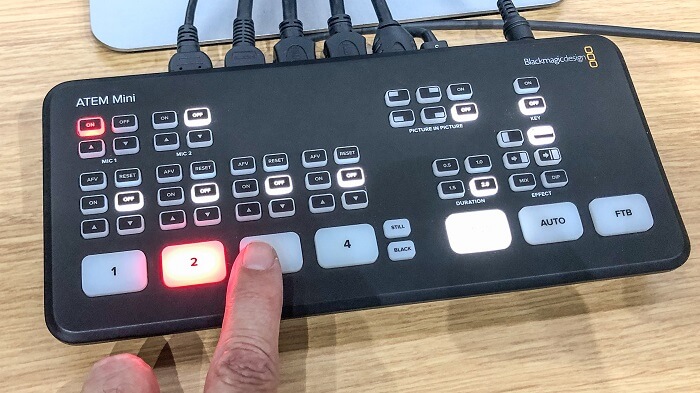 The hardware is much impeccable, but to get the most out of the Blackmagic AETM Mini, you’ll need to install the ATEM Software Control. There, you can fine-tune several things like picture-in-picture, keying, and audio settings. 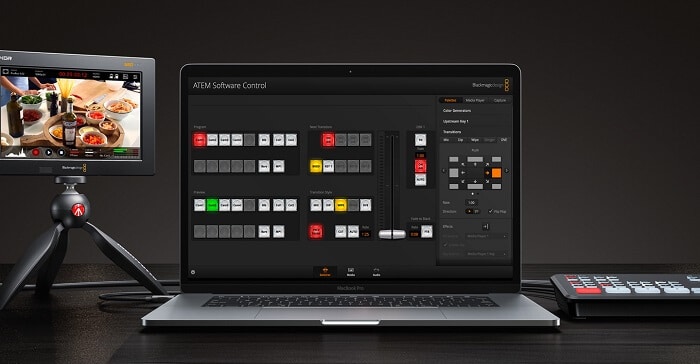 For example, if you want to key yourself into a game and have behind you a green screen that’s not expressly well illuminated, the software lets you fine-tune both the foreground and background. You can also make a color improvement, add shadows and shapes to graphics, crop shots and much more. 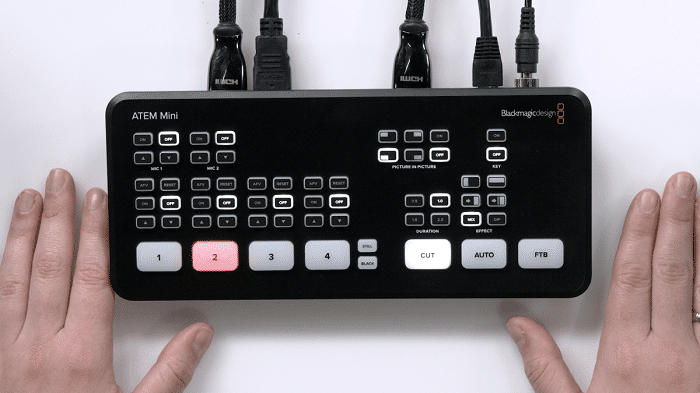 The ATEM Software control also allows you to add photos, lower-thirds graphics, and titles. Those will key on top of your video output given they have a clear layer. In short, you can modify your basic Twitch stream into something that looks much more professional. Whatever you do on the console hardware will also appear on the ATEM software and vice versa.

One of the most powerful features of the ATEM Mini is the versatility of the video inputs. You can add one camera at 1080p 30 fps, another one at 720p 50 fps, and a laptop at 1080p 60 fps. Since the ATEM Mini has on-board transcoders for each channel, it’ll gracefully combine them all. You can later output at the resolution of your highest quality input (1080p 60 fps, in this case). The ATEM Mini can also manage 10-bit video sources if you require extra-high-quality output. 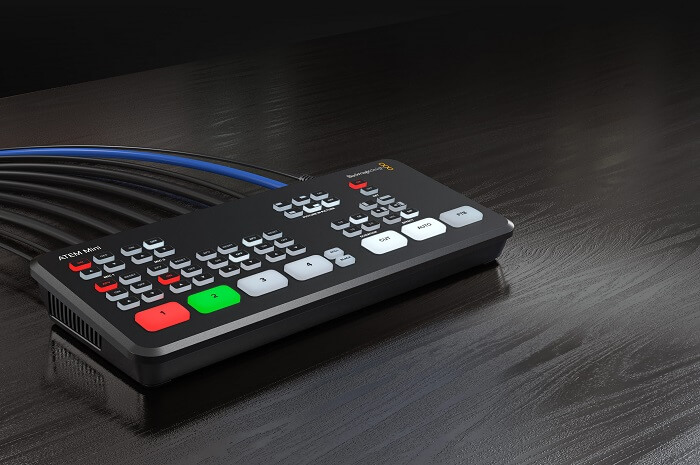 At the price of $295 (€289), the Blackmagic ATEM Mini doesn’t have a lot of opponents. The following competitor might be Elgato’s $250 Stream Deck XL, but it doesn’t have the multiple inputs and high-level audio functions of the ATEM Mini. Roland’s V-1HD has related capabilities, but it costs $1,000. In short, this smart gadget is the most affordable cost four-input video mixer available so far. 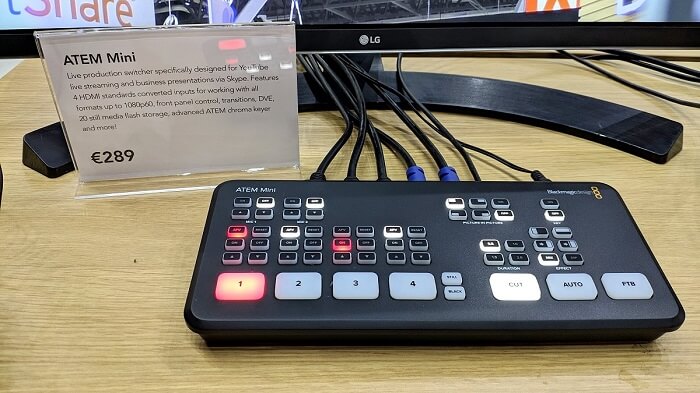