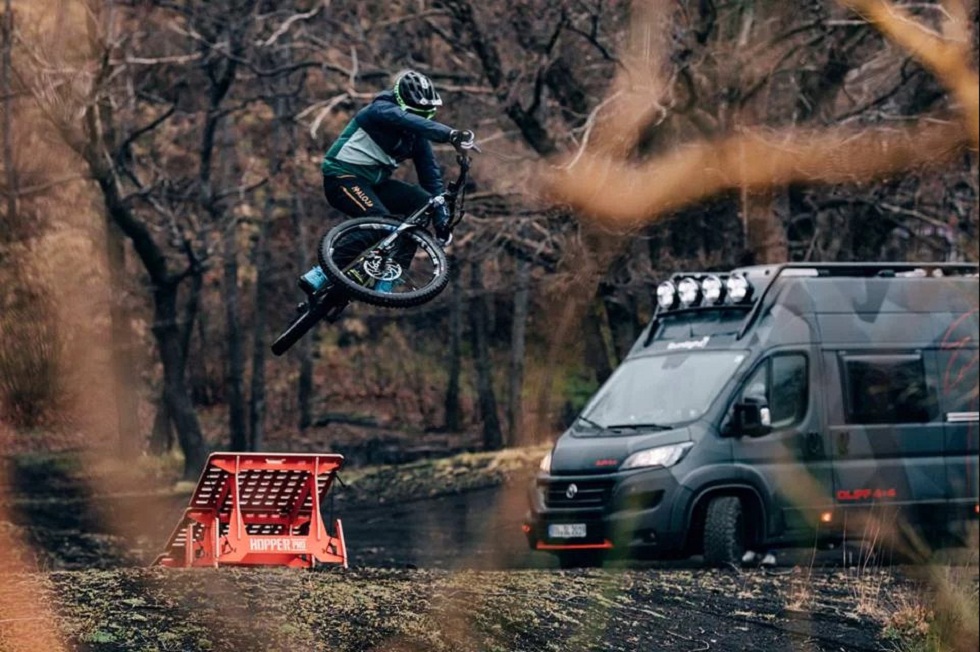 The Hymer Group hit the road with the Cliff 4x4 Adventure Van. It is travel partner for any professional. This concept adventurer van is there for bikers, skiers, climbers, surfers and other adventurers. Besides that it supports persons, with climbing wall-style roof access, a rooftop wakeboarding winch, helium balloon boards that work as extra beds, and a gear-storage system that doubles as a roof-mount hammock stand. This might just be the most fun van on road, dirt or snow.

Germany’s Sunlight makes camper vans for outdoor adventure. So, user can choose any destination. The destination might be sea with big waves, toothy peaks and rushing rapids.

The van is based on an all-wheel-drive Fiat Ducato van, the rig should be able to get adventurers to anywhere they have planned to move. Coming to the exterior, the exterior of the motorhome features a variety of touches for worked better off-road.

For example, the front bumper has reinforced steps on each side, and there are giant lamps on the roof. Instead of a ladder at the back, there are grips from a climbing wall, which isn’t a very functionally useful but looks cool. Once on the top, folks can walk on a grip-tape covered platform.

On the inside, there are two possible sleeping areas. The one towards the front of the vehicle transforms between a bed and a couch. In the latter form, there’s even a pop-up table. At the back, a bed can lower from the roof. Removing the section of the floor reveals a drain, and a deploy-able shower curtain transforms the center of the van into a shower

The van is for those, who look at van camping less as the destination and more as prime overnight accommodations for their favorite activities.  Whether, the destination might be a backcountry ski touring, kayaking or surfing. Such restless souls need a big, roomy van to carry various gear throughout spring, summer, fall and winter and provide a sturdy roof and insulated walls in which to relax, possibly between qualifiers and finals. 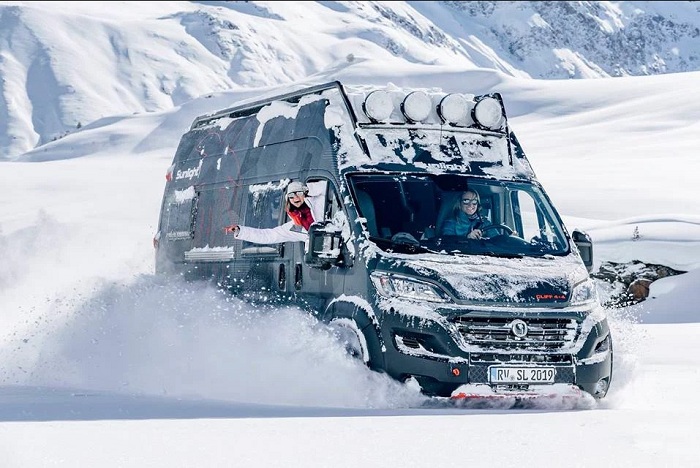 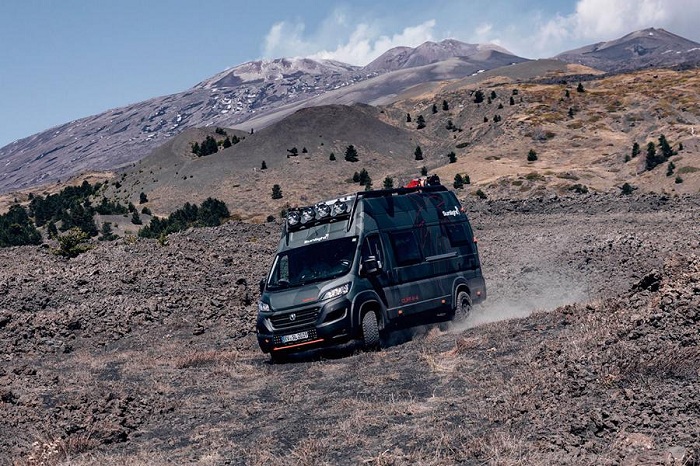 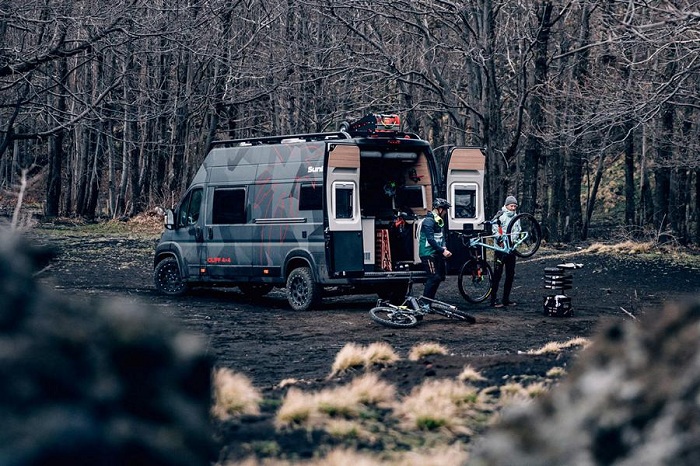 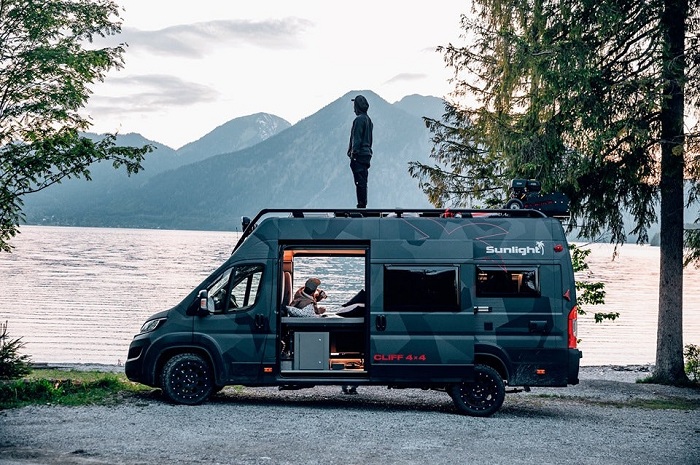 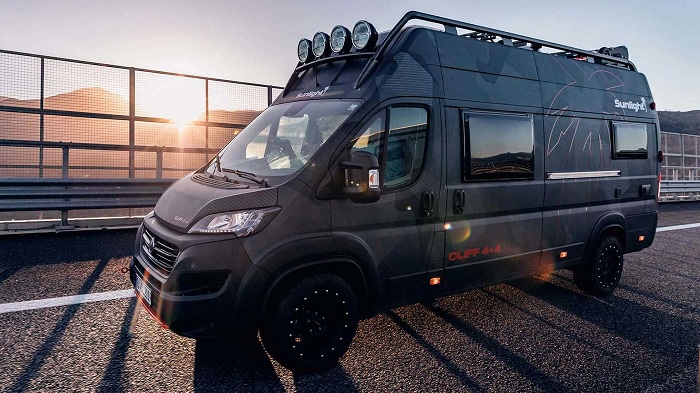 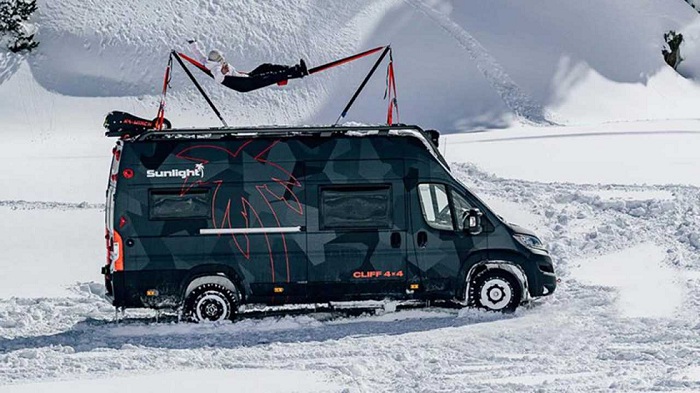 Rides, Travel
The Space Perspective: A Balloon to Outer Space
6 months ago
There is a minute amount of people who have seen our beautiful planet from space and those who do are inevitably changed forever. Now it seems that looking at our planet and traveling in the space would be accessible to... 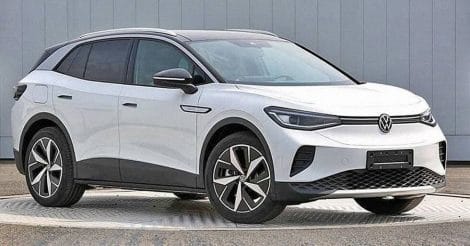 Rides, Travel
Volkswagen ID.4 Revealed in Leaked Images
7 months ago
The car enthusiasts must be familiar that the first confirmed pictures of the Volkswagen ID.4 electric crossover are circulating all over the internet. The courtesy of these leaked images is likely of Chinese car website. The photos of the production...