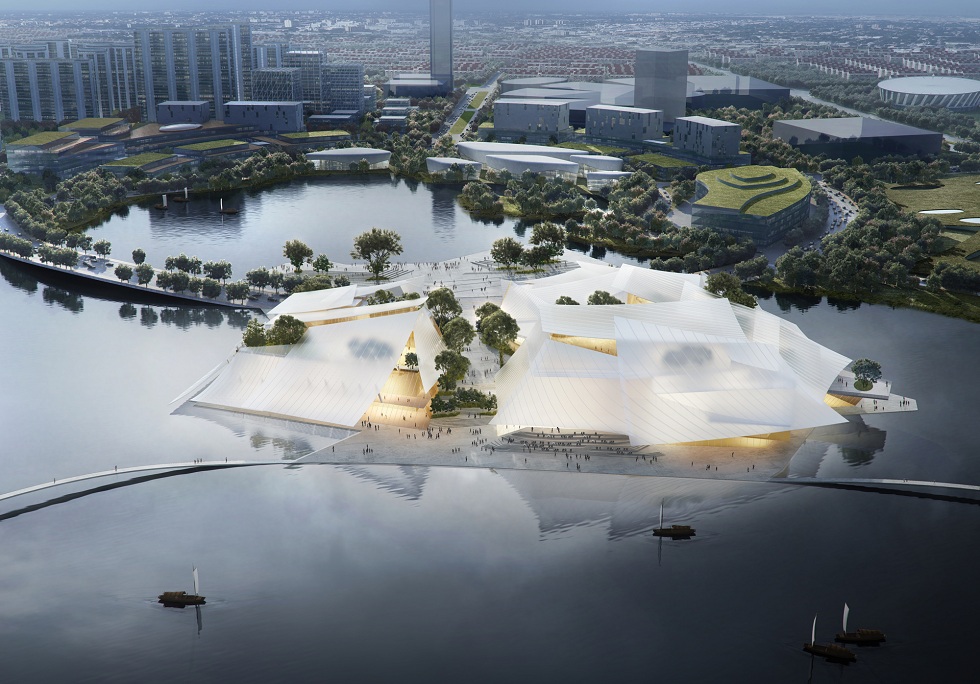 Coming to world amazing building structure, there are hundreds of thousands innovative and inspiring buildings are there. From ancient known history to till date world have seen some of marvelous building structure, which reflects the culture, traditions and geniusity of the particular society. Such a structure is being made in China. And this time it’s not an office or commercial building. In fact it is a theatre. It is called The Yiwu Grand Theatre due to the city name.

Architecture studio MAD has designed a theatre for the city of Yiwu, China. This theatre building will be surrounded by water and topped with “glass sails” to give it the appearance of a boat sailing on a river.

The theatre complex will consist of two theatres and a conference centre alongside a large plaza. And it is set to be built on an island near the south bank of the Dongyang River, which flows through the city in China’s Zhejiang province. According to the details, The Yiwu Grand Theater measure 95,290 sq m (roughly 1 million sq ft) and consist of the grand theatre. It has a capacity of 1,600, a second theater with 1,200 seats, and a conference center seating 2,000 people.

On the other hand, the project will feature considerable landscaping. It includes tree-lined footbridges, an amphitheater, and a large open plaza that extends to the water. Besides that, the Terraces will also offer choice views and areas of quiet contemplation.

The theatre building offers different option according to the season. MAD has conceived the theater with a passive solar design in order to reduce overall energy consumption. The semi-transparent glass curtain wall has been developed to not only act as a shading system, but to also optimize the use of natural light within the indoor public spaces, forming a solar greenhouse effect in the winter. Meanwhile, in the summer, it serves as the ventilation system, enhancing airflow circulation inside and outside of the building.

The designing company says, “The Yiwu Grand Theater has been designed as a monument for the city. It will serve to connect inhabitants to the waterfront from a new perspective. 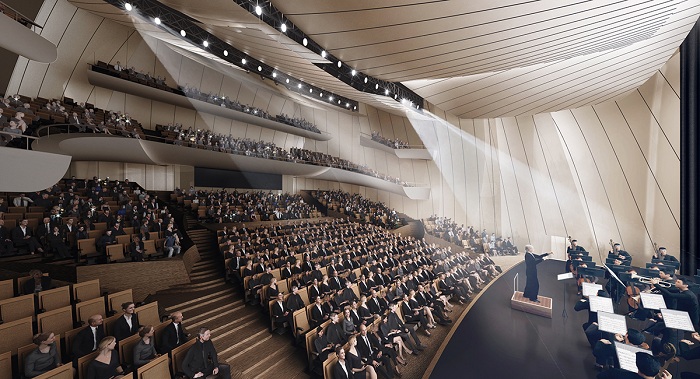 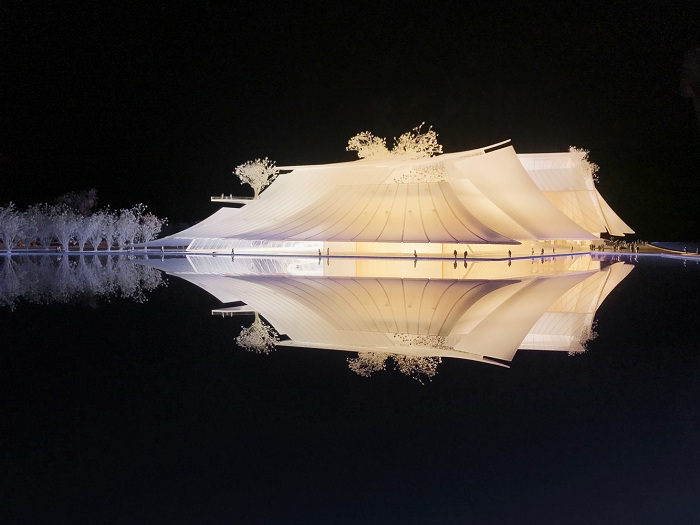 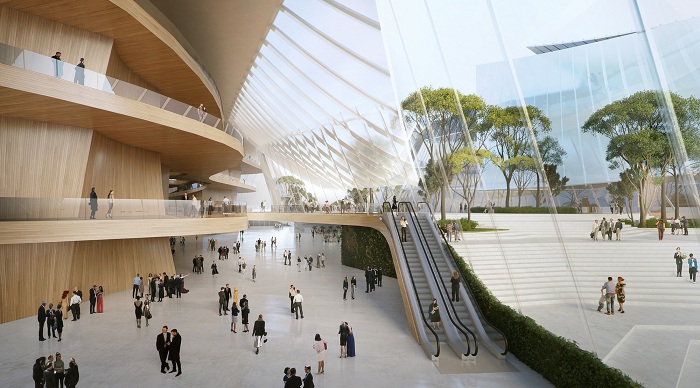