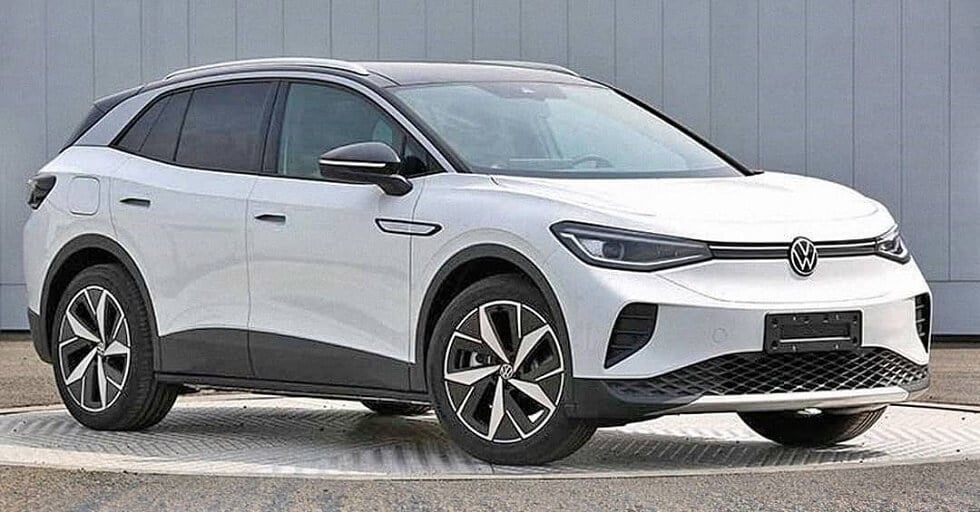 The car enthusiasts must be familiar that the first confirmed pictures of the Volkswagen ID.4 electric crossover are circulating all over the internet. The courtesy of these leaked images is likely of Chinese car website. The photos of the production ID.4 unveil a compact crossover with sharp lines that go from the hood to the hatch. Keep reading what this beast has in store for us.

There are some differences between pre-production pictures of the concept version and what we are seeing now. The doors seem to be more conventional, although still with elegant handles.

The ID.4 — which was earlier known as the ID Crozz when it was still a concept — is the first car from VW’s upcoming ID series of electric vehicles that will be available in the markets of the US. ID.4 will also be sold in China and Europe. The German automaker is supposed to be plotting a lavish unveiling of the ID.4 sometime later this summertime. It’s supposed to go around 300 miles of range on a full charge and is built on the very modular EV platform that will power VW’s other ID vehicles. 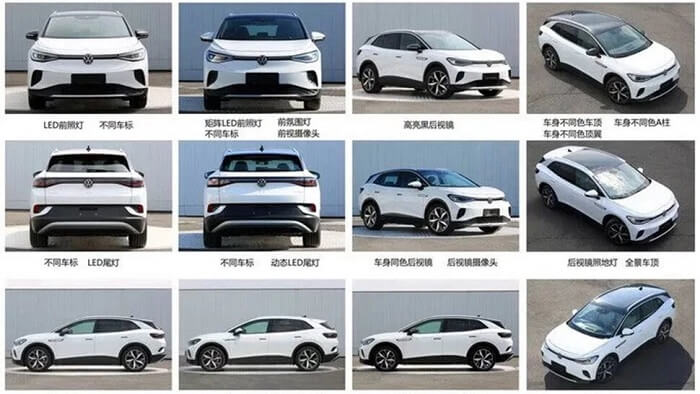 Volkswagen has a lot riding on the ID.4. It will be the first of the firm’s brand-new EVs to be marketed in the United States. We suspect an EPA rating of between 250 and 300 miles for the upper trim version. Scott Keogh, CEO of VW of America, in late 2019 announced that the ID.4 will sell in the low- to mid-$30,000 range after a $7,500 federal tax credit. 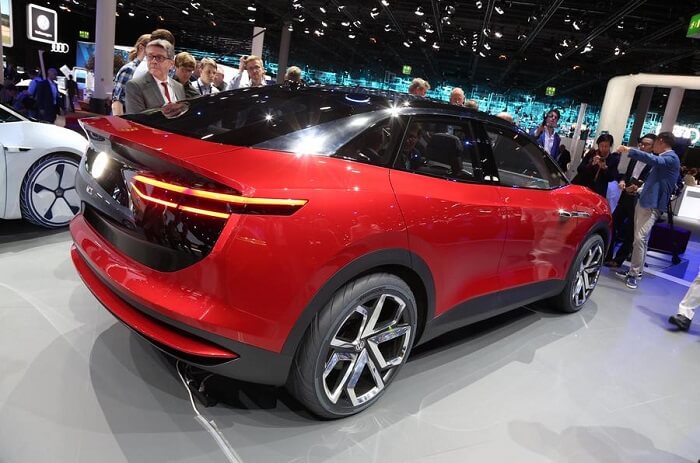 The source of the leak pictures also confirms that the vehicle will be 4592mm long, 1852mm wide, and 1629mm high, with a wheelbase of 2765mm. Originally, the Chinese design will emphasize on the 201bhp powertrain. 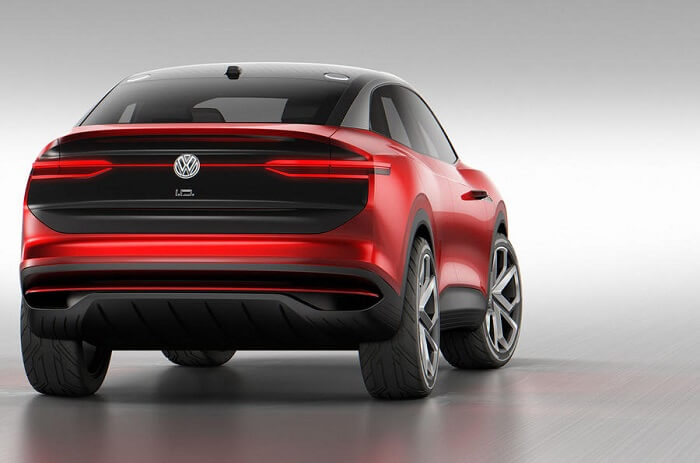 The most exciting design factor is the blackened panels that spread between the wheel wells on the bottom of the doors. That line moves around to the front band to make the body look slender. The influence goes with the white paint, but the gray version looks like one compact mass. 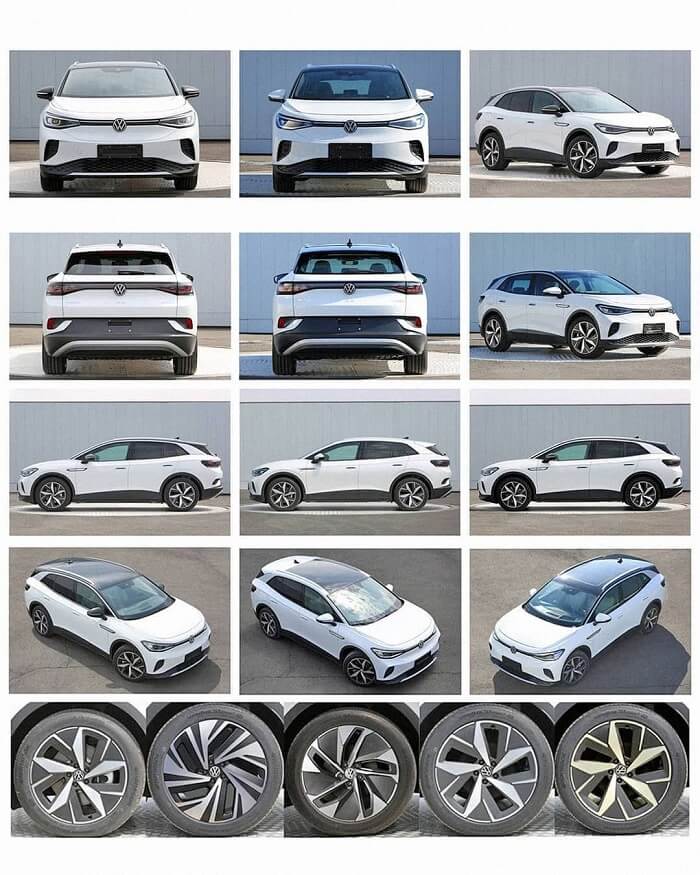 With the car’s big battery installed low down within the floor structure and the electric motors also fitted within the axle assemblies’ front and rear, VW also declares it owns a front-to-rear weight distribution of 48:52. Volkswagen executives have spoken up the powerful features, hinting the innovative platform and frame present a widespread between handling and support. 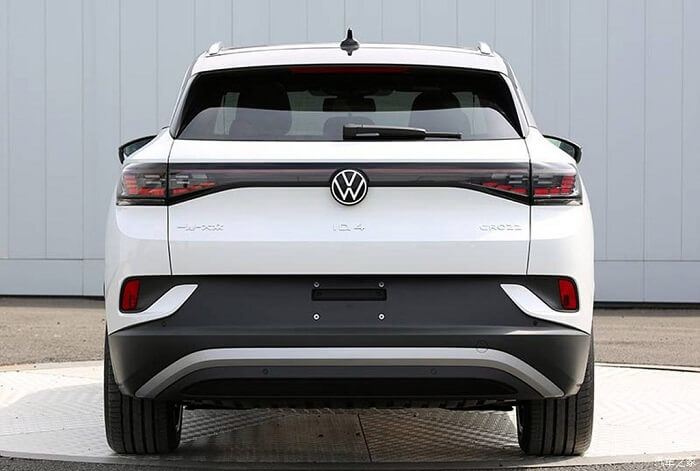 There will be two models of the ID SUV: a regular model and a coupe-SUV in the style of the primary concept, supposed to be named ID.4 and ID.5 respectively. ID 5 will be exhibited at a later date. 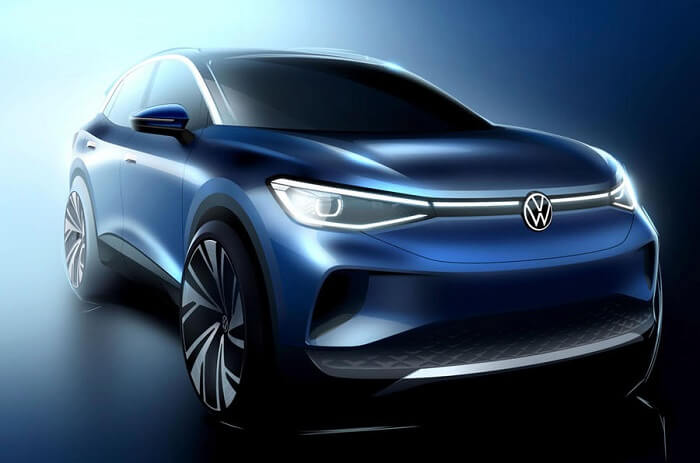 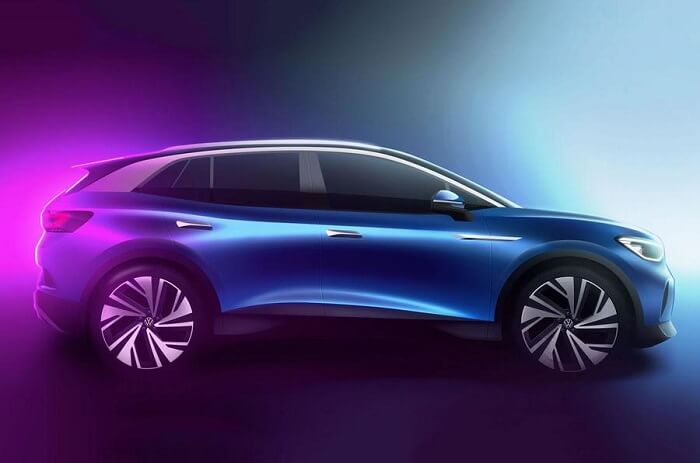