The Best Games for Gaming PCs in 2020 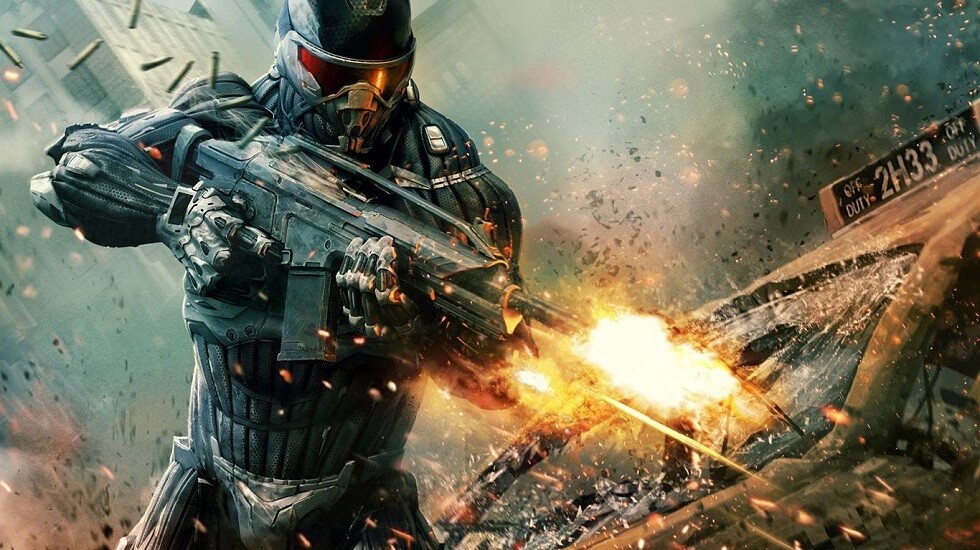 We have seen a lot of amazing games in 2020. Now, if you have just bought a new Windows-based gaming laptop or desktop, or simply interested in some new game ideas, here are the best games for gaming PCs to make your gaming experience more entertaining. Not all in the list are brand-new or the most graphically demanding, but they can provide you with hours of entertainment.

Unlike gaming on a console, there are many ways for PC gamers to get their fix, from Steam and the Epic Game Store to GOG and Xbox Game Pass. It’s essential to understand that not all platforms allow the same games due to exclusivity rights

Hades is the brand-new game from Supergiant, the developer of Bastion, Transistor, and Pyre. Fresh out of initial release this summer, Hades allows lots of depth, the writing is wonderful (and often humorous), and the controls are responding. It doesn’t appear at first like there’s much intensity, but we’ve had 60 runs and counting with no end in sight.

The most anticipated game of the year Cyberpunk 2077, the most advanced open-world RPG from CD Projekt Red, was released just a few weeks ago. Though it was a little buggy in its initial days, it looks like a worthy exploit to take if you’re into the thought of roaming through a neon-lit cyberpunk world stuffed with bizarre hunts and upgrades. It’s a marvelous game, too, developed to take benefit of the latest Nvidia graphics cards with ray-tracing effects.

EA developed the ultimate Star Wars-themed dogfighting simulator in Star Wars: Squadrons. Whether you’re playing on a regular monitor or through an Oculus or SteamVR virtual reality headset, you’ll possibly notice loads of enthusiasm both from the single-player campaign and the multiplayer. One thing, though: it’s not an easy game to play.

The brand-new game in the Amnesia series is the direct heir to Dark Descent, the first-person horror game that put the series on the map. Its background is more awe-inspiring, taking place in a variety of regions that Dark Descent doesn’t. Though it still preserves its ability to make you explore what awaits you in the darkness.

Fortnite is definitely Epic’s ever-changing battle royale game that earns a place on most gamers’ hearts and hard drives. Amazingly, it’s free to play, so there’s your main motivation to at least give it a try. Epic Games produces new content and cosmetic updates (including God of War’s Kratos, along with many other branded character skins) to the game on a regular basis, so if you have colleagues who play, there will possibly be something different to experience together each time you play.

Now if you’re a PC gamer who’s been craving to enjoy the PS4-exclusive Horizon: Zero Dawn open-world game, you got fortunate this year. The game is open to digital storefronts with all of the graphical possibilities you might think of. Although it had stability problems at launch, most of the complications seem to have been smoothed out, so now is a great time to give a shot to Aloy’s debut adventure before Horizon: Forbidden West hits the PS5 (and probably the PC) in 2021.

Etc, Tech
Google is Shutting Down its Stadia Game Studios
2 years ago
Google is moving away from developing its own games for Stadia. It’s shutting down studios in Montreal and Los Angeles, and industry veteran Jade Raymond, who Google acquired to lead the game development division, is leaving the company. Google Stadia...

Sports
Cyberpunk 2077 Is Tremendous, Ambitious, and Magnificent
2 years ago
William Gibson’s 1984 novel Neuromancer, served to establish the genre now known as cyberpunk. The book implores a world where today’s high-class trends are tomorrow’s awkward stereotype and where frantic fanatics can rise overnight and disappear without a trace. Cyberpunk 2077, the...

Etc
Best Herbal Beauty Products for Men with Zero Side Effects
2 years ago
For centuries, every culture around the world has relied on traditional herbal medication to meet their healthcare requirements. Despite the medical and technological progress of the modern era, the global market for herbal products is on the rise. So we...

Etc, Gear, Tech
The Best Amazon Prime Day Deals You Can Buy
2 years ago
So finally the wait is over and it has started. The torrent of Prime Day deals is already started bringing almost everything for us at more affordable prices. Everything from smartphones to headphones, smartwatches to tablets are extremely discounted for Amazon’s Prime-member-only shopping...

Etc, Style
The Best Anti-Aging Products for Men in 2020
2 years ago
Aging is a fact and that no one can avoid but there some methods to help slow down the process. Whether you are starting early with a preventive system of anti-aging products to keep the wrinkles at bay or you...