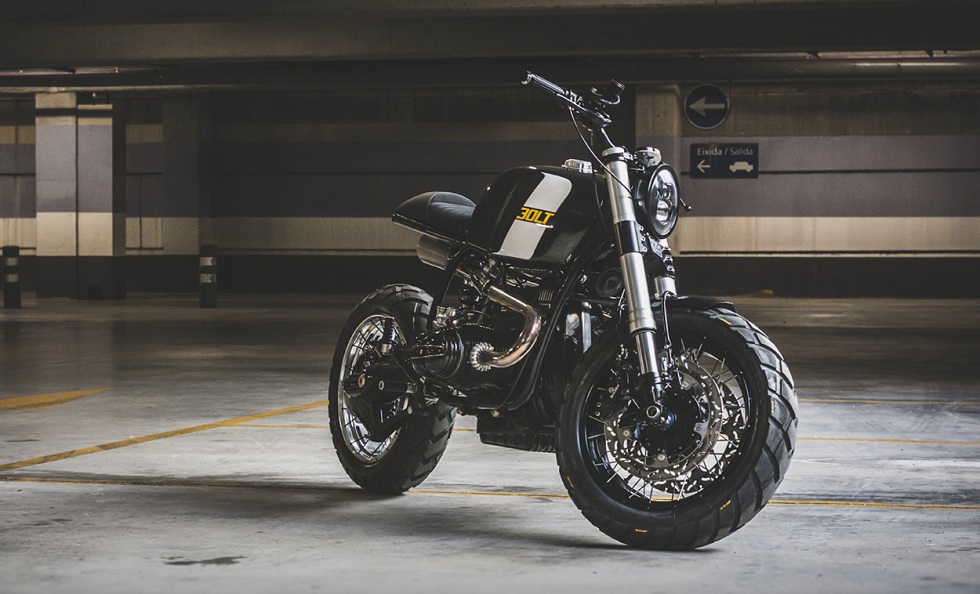 In order to celebrate Bolt Motor Company’s 30th custom build, they’ve crafted the BMW R100RT. It pays homage to the pride, and passion administered for each and every project. Bolt Motor Co.’s deal is older bikes. But each bike that rolls out of their workshop is tastefully executed, well-spec and clean enough to eat your tapas off. The company has turned the bike it into an edgy street champ. It’s a trifecta of sharp lines, perfect stance and awesome upgrades with a little parts bin digging sprinkled in for good measure.

The company has basically stripped the paint off the fork legs and refinished them in silver, then added a small plate with their logo to the bottom yoke.

While, talking about the modification, the platform as prolific as the R100RT, the team at premier cycle shop was up to the challenge. For the start, they outfitted the BMW with an MV Agusta front suspension, and a triple lower seat post from the MV Agusta F4. Besides that they have introduced an electronic installation system. Moreover, this system includes a new ignition system, switchboard, and rectifier-regulator, complements the cycle’s thoroughly refurbished power-plant.

On the other hand, the most interesting peripheral happens to be the exhaust, which has been crafted from a single piece of hand-formed metal, without the need for welds.  Bolt built a new subframe, deleted the passenger pegs and added new rider peg mounts and Tarozzi rear sets. They topped it off with a super-slim seat, and embedded a small LED taillight in the rear loop. There’s a custom made license plate bracket lower down, which also hosts a pair of teeny Motogadget turn signals.

Other than these, there’s an LED headlight up front on a custom mount, and Motogadget turn signals in the bar ends. The digital speedo’s from Motogadget to, entrenched in a custom made top yoke. Last but not least, the cockpit’s finished off with TRW clip-ons, Biltwell Inc. grips, a new throttle and new levers. Bolt installed Motone switches too, and even safety-wired the grips. 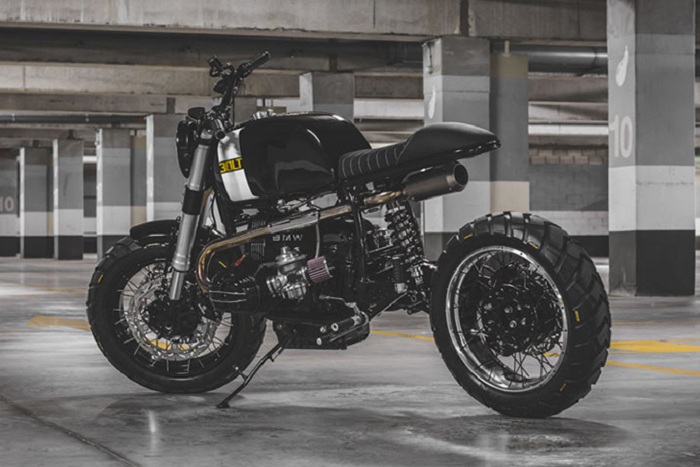 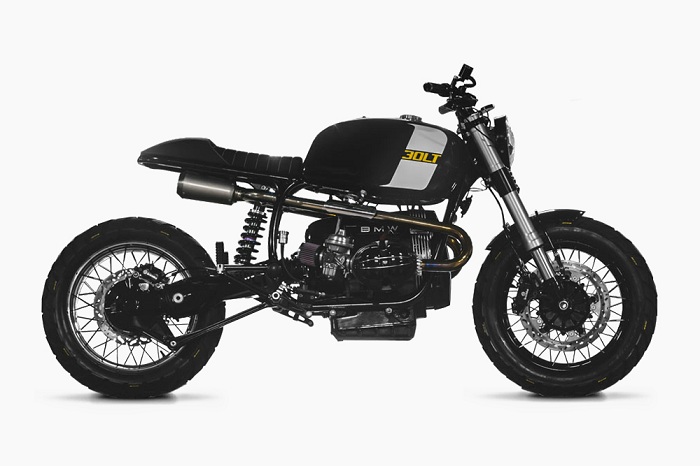 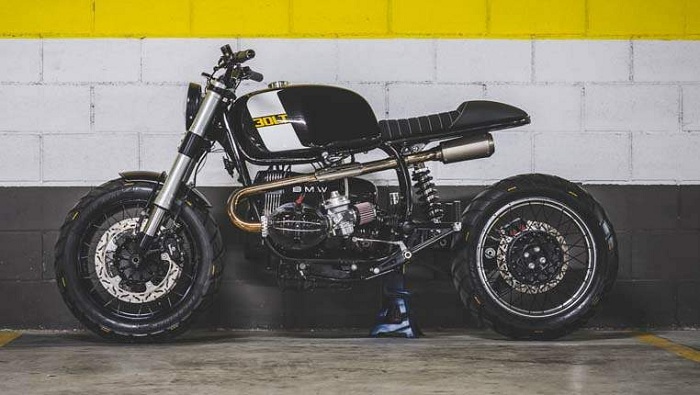 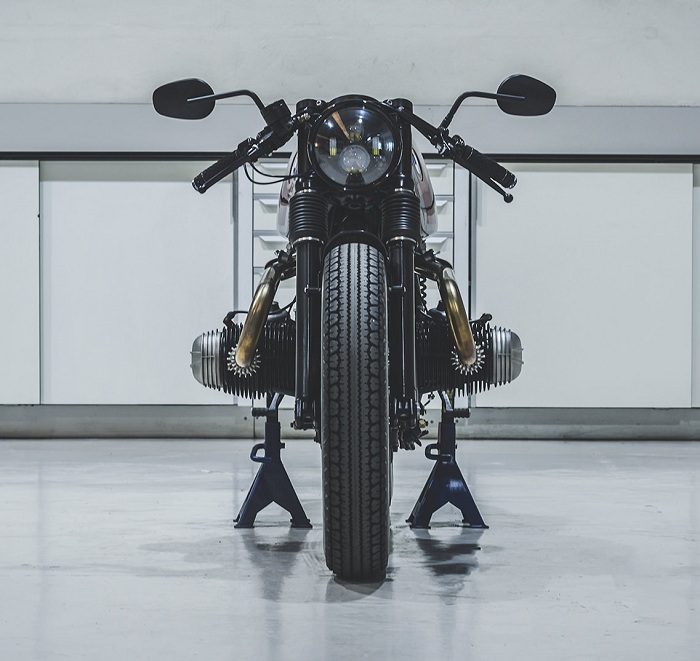