The recent study says that compound found in red wine may decrease depression and anxiety. The numerous studies have found links between resveratrol, a phenol found in grape skin, and a decrease in depression, among other potential health benefits. The latest study among this body of work comes from the University of Buffalo, where researchers identified how resveratrol influences experiences of depression and anxiety. The key to this beneficial effect may be the blocking of an enzyme called phosphodiesterase 4.

The findings shed light onto how resveratrol impacts neurological processes. According to the Anxiety and Depression Association of America, depression and anxiety disorders affect 16 and 40 million people respectively in the United States.

While, talking about the details, scientists from the University of Buffalo and China’s Xuzhou Medical University conducted the experiment. They did the experiment on mice and came to know that an enzyme known as phosphodiesterase 4 (PDE4). This is uttered by the stress-response hormone corticosterone, caused depression- and anxiety-like behavior in the animals. It did so by lowering levels of a messenger molecule called cyclic adenosine monophosphate.

On the other hand, normally, corticosterone regulates the body’s response to stress. When there’s too much stress, though, the large amounts of the hormone circulating in the brain lead to an excess of PDE4. This in turn physically alters the brain, causing the problems.

After that study, it is now expected that resveratrol could find use in a new class of antidepressants. Currently, most such medications currently work by controlling serotonin or noradrenaline function in the brain, although according to the scientists, only about one third of patients taking them end up in full remission.

“Resveratrol may be an effective alternative to drugs for treating patients suffering from depression and anxiety disorders,” says U Buffalo’s Dr. Ying Xu, co-lead author of a paper on the study. 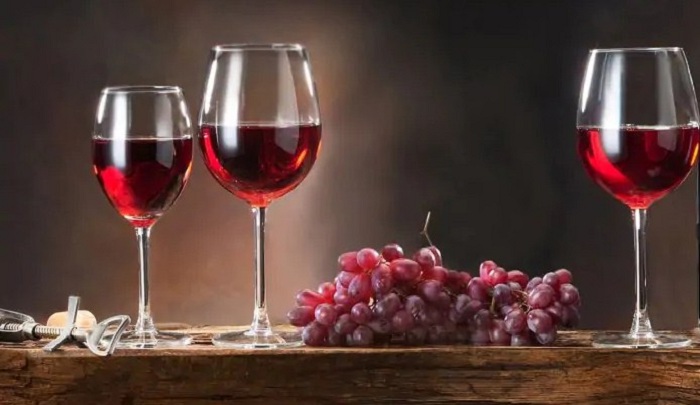 Food, Sports
The Best Energy Gels for Athletes to Buy in 2020
3 weeks ago
Are you looking for quick energy boosters to meet your sports and gym needs? Here are the best energy gels that are nutritious substances and contain carbohydrates and electrolytes that give you a much-needed energy boost. They are similar to...

Food
KFC is Trying to Produce First Lab-Made Chicken Nuggets
2 months ago
Good news for the foodies. KFC is trying to create the world’s first laboratory-made chicken nuggets, part of its “restaurant of the future” idea, the company revealed. The chicken restaurant chain will work with Russian firm 3D Bioprinting Solutions to...

Etc, Food
The World’s Strongest Beers in 2020
3 months ago
This may be one of the lists that you’ve all been waiting for because we are going to unveil the world’s strongest beers in 2020 to give a boost to your parties and celebrations. So it's time to grab your...

Food
Top 10 Supplements for Men: Trust the Natural Sources
3 months ago
If you are looking for the best supplements for your gym workout or to get in shape, it is a difficult decision to make. There's one big reason why: Unlike medication, the Federal Drug Administration (FDA) does not need dietary...

Food
Weber SmokeFire Pellet Grill: Cook Where You Want
3 months ago
There was a lot to love when the Weber debuted its first WiFi-connected pellet grills earlier this year. The company made some unique design alternatives that gave advantages over the competition. It also had a controlled experience that enabled grillmasters...

Food, Sports, Travel
Best Insulated Water Bottles for Men
4 months ago
It's nothing more frustrating than reaching for your water bottle only to find that it’s lukewarm after a long bike ride or exhausting hike when your thirst is at its peak. You need fresh chilling water after every venture. So...