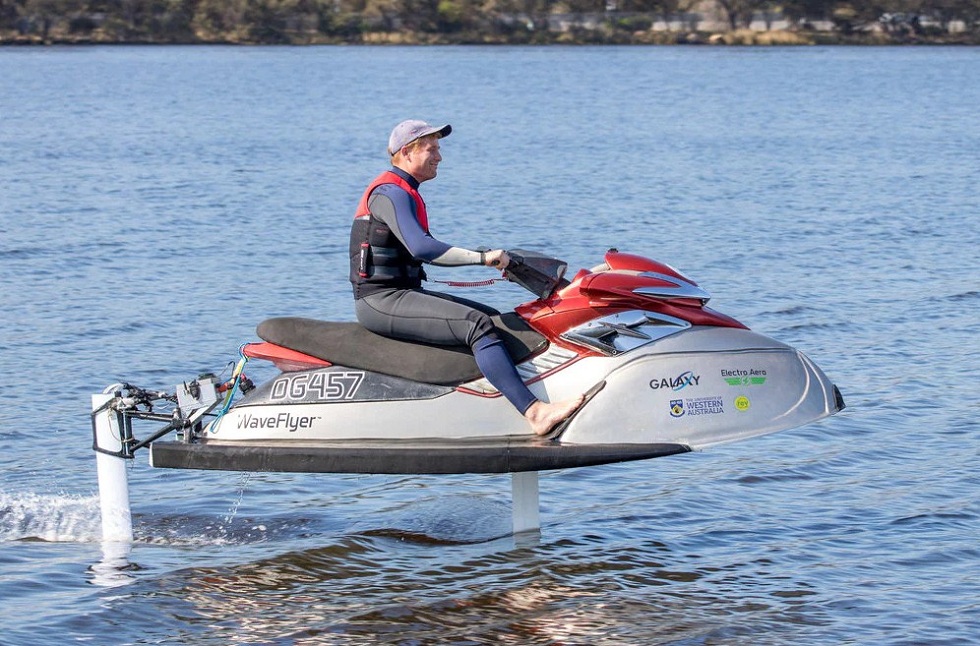 This jetski is world’s first electric hydrofoil jet ski. The WaveFlyer electric hydrofoil jetski emerges as similar to a usual jet-ski when stationary. But it is not like that, as it rises above the water during operation using an actively stabilized hydrofoil propulsion system. Thus, this feature makes it much quieter, more energy efficient and produces no emissions compared to petrol powered-alternatives. On the other hand, the UWA REV Director Professor Thomas Braunl said WaveFlyer built on previous work of the team that developed Australia’s first electric jet-ski in 2015.

Well, Jet skies are a bit like motorbikes for the water. Hydrofoil boards and boats allow users to cut through and rise above the waves.

The personal watercraft has the look of a traditional jetski. But as it moves off the main body rises up as the patent-pending WaveDrive stabilized twin hydrofoil propulsion system slices through the water. Besides that, it flies on the water over 30 minutes per trip, as it is equipped with 2 kWh Li-ion battery pack, and can accommodate two riders.

“It is loaded with two kilowatt-hours of energy in lithium-ion batteries, so the watercraft can operate for more than 30 minutes while carrying two riders,” Professor Braunl said.

The Chief Technology Officer and Co-founder Joshua Portlock said the technology was not only environmentally friendly, it tend to have much better safety as well.  Besides that it would improve the experience and efficiency of personal watercraft.

He further said, “The new WaveFlyer feels more like flying above water rather than riding a conventional jet-ski. I can see tremendous commercial potential for this eco-friendly watercraft.

“Its development has been made possible by funding from Galaxy Resources to support the research, and the expertise of Electro.Aero in building electric propulsion and flight control systems.” 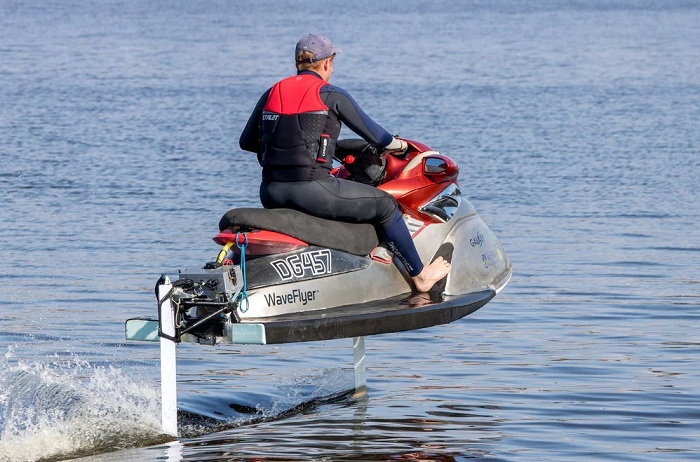 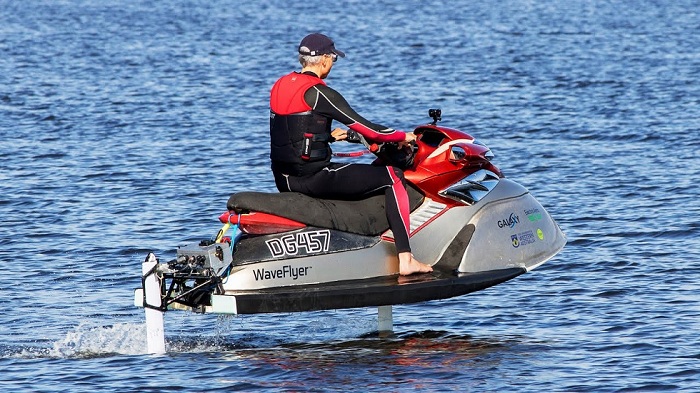 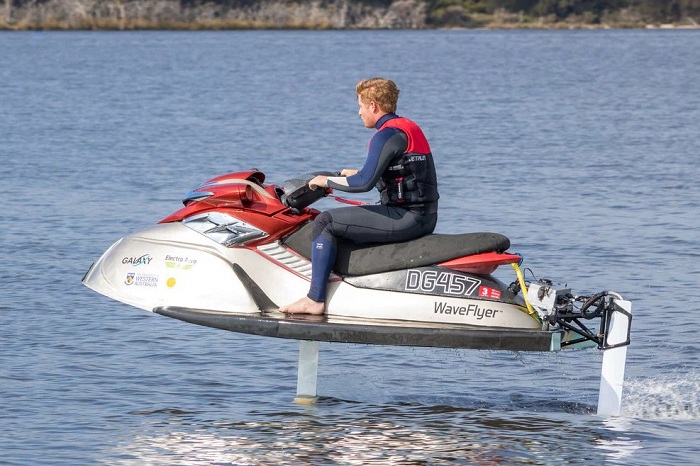